We all need to get used to seeing this. Why do hamsters eat their poop? Is this normal or should you be alarmed?

Why does my hamster pick up his poop? The nutritional value of hamster poop needs to be mentioned here. We should also look into why you shouldn’t stop a hamster from eating poop.

In this article, we will look into hamster poop benefits to understand why do hamsters eat their poop.

Why Do Hamsters Eat Their Poop?

Hamsters need their Vitamin B intake to be optimal, but they can’t always get it from digesting food on their first attempt. They would prefer that after the B12 vitamin is produced in the small intestine, the fortified excitement that comes out, could be ingested once more.

This sounds gross to me, but it works for the hamster to bring the poop back into the stomach once the vitamin b12 is utilized more efficiently than trying to gorge on much more food. Why Does My Hamster Keep Eating His Poop?

Hamsters need to perform this necessary function to supplement their uptake of essential vitamins and minerals, most notably, Vitamin B12. They can do this by eating their own poop.

They are not able to absorb all the vitamins and nutrients right away. Also, the more Vitamin B12 that is produced during digestion in the small intestine, the better it is to eat this poop.

Finally, the poop comes out and a hamster realizes the potential benefit of reabsorbing it once more. This is their life hack to getting the most out of the nutrition they are consuming rather than overeating copious amounts of fresh food we are offering.

Why Does My Hamster Pick Up His Poop?

Hamsters not only eat their own poop, but they pick it up as well as use it for other purposes. Here are some possible explanations:

Flinging or tossing their poop around the area helps them mark and identify their own territory. Hamsters are very territorial and they will use their feces as a marker to keep others away.

Sometimes a hamster is simply bored and other times they are stressed. These additional factors can also lead a hamster to pick up poop and toss it when they know they are messing up the cleanliness of their personal space and potentially harboring or spreading unwanted bacteria around.

The Nutritional Value of Hamster Poop

Only a portion of the poop that a hamster excretes needs to be ingested again. This is because there is still more nutrition in the poop that isn’t absorbed the first time around.

Also, the small intestine fortifies the poop even further with additional production of vitamin b12 and this hamster wants to get as much out of it as possible.

This is why you might see your hamster eating the poop. This may occur more often at night before a restful night of slumber. 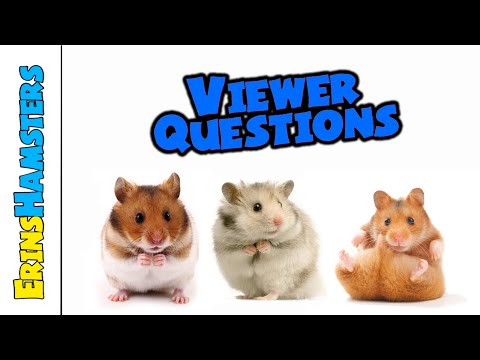 You decide to clean out the cage to make sure it is maintained and kept fresh from unwanted bacteria that could harbor illnesses.

You are doing all the right things, but when you close the cage up and look back inside, you notice a few pellets of poop right away. What happened?

Well, a hamster can and will hide poop from you as well. They use this poop as stored energy to consume later when needed. The poop is fortified with vitamins and minerals that hamsters know are still viable and good for their digestive system to absorb once more.

Where do hamsters hide poop? The most common location a hamster would hide the poop is in their own cheeks. That’s a cheeky little hamster!

No. Hamster poop shouldn’t smell. The stink that comes out of the hamster’s enclosure or cage is usually coming from urine stains. This ammonia-like smell is highly acidic and can crust up in many areas of the cage.

Hamster urine must be cleaned and leftover foods must be removed as well. The problem with hamster poop is that they like to store or hide it.

Why does a hamster put poop in their food bowl? A hamster will save some poop for consumption once again. They do not regard poop as something disgusting the way we do. They see it as an opportunity to pull more nutrition and vitamins from their feces that their bodies have produced.

Is It Normal For Hamsters To Eat Poop?

Yes.. Eating poop is part of a hamster’s routine. They will not eat it all the time, but will do so in order to pull more vitamins such as vitamin b12.

Hamsters have trouble with digesting cellulose. The cellulose will be difficult to break down in the caecum which is an area at the top of the gut. It’s a pouch where valuable bacteria rests and helps to break it down.

This is where the poop can be given another opportunity to break down the cellulose within it. A hamster usually eats softer poop and may leave the dry and harder stuff alone.

Why You Shouldn’t Try to Stop Hamsters From Eating Poop

Hamsters are not eating their poop to gross you out. They are performing a vital function and we shouldn’t get in the way. We can still clean up the hard and dry poop that they will most likely leave alone.

A hamster will eat its own fresh poop right away when they feel a deficiency in order to absorb more vitamin b12 that their small intestine can produce.

This is all part of the experience of owning and caring for hamsters. We are a valuable part of a new ecosystem that doesn’t operate the same as it does for humans.

How Many Poops Do Hamsters Do a Day?

Hamsters can poop all day long. It can range from several poops in one day or one poop every hour . A hamster has a digestive system that works very rapidly. The faster the poop comes out, the less it smells.

Because of the fast rate of poop, the body of a hamster is not fully able to absorb all the nutrients they ate. Also, more fortification takes place in the small intestine to produce vitamin b12 along the way.

This is why you might see a hamster eating its own poop from time to time. It’s completely normal.

Hamster poop is usually an oblong-shaped pellet that is dark brown. It should be dry as well. Wet poop leaves streaks in the cage and creates a bigger mess to clean up.

Loose consistency in your hamster’s feces means that a food item from the diet must be removed. You may also need to have your hamster checked out at a vet clinic as soon as possible if this persists.

Diarrhea in a hamster that is prolonged could lead to death because of their small size and sensitive digestive systems. How Often Do Hamsters Eat Their Poop?

Hamsters only eat their poop when they feel it’s needed. A nutrient deficient hamster may eat its own poop more often than one who is readily absorbing more fortified meals of rich pellets and grains.

Hamsters will not consume hard or dry poop if they can immediately pick up their fresh feces instead. The answer to this question really depends on the needs of each particular hamster, but it’s quite normal to witness this action at least once per day.

Can Hamster Poop Make You Sick?

Is hamster poop harmful to humans? The answer depends on whether or not the hamster is ill. The poop that is loose or the diarrhea from a sick hamster could be more harmful when we accidentally touch it.

We should be wearing gloves and never make direct contact with any hamster feces even though it’s generally deemed as low risk. Regular hamster poops should not send us to the doctor.

There is a risk however of salmonella and a virus known as lymphocytic choriomeningitis. An LCMV infection results with direct contact with rodent:

If the skin is cracked, cut or contact is made with our mouths, noses and eyes, the chance of health hazards or virus transmission increases.

Do Hamsters Eat Their Own Feet?

This is a bonus question that deserves to be answered because it’s unsightly and serious. If a hamster notices that its body parts are rotting or lacking in sufficient nutrients like calcium or vitamins, they can attempt to successfully chew these parts off.

This includes gnawing on or amputating their own feet. A hamster can survive with one less limb and will do so to fight off pain, stress that results from it or a lack of calcium that causes the area to lose function or blood flow.

Can You Use Polysporin On Hamsters? {Safe To Use?}
What Is Hamster Bruxing {Everything You Need To Know}
Can Hamsters Die From Loud Noises? {How To Calm A Stressed Hamster}
What Kind Of Sand Do You Use For A Hamster Bath